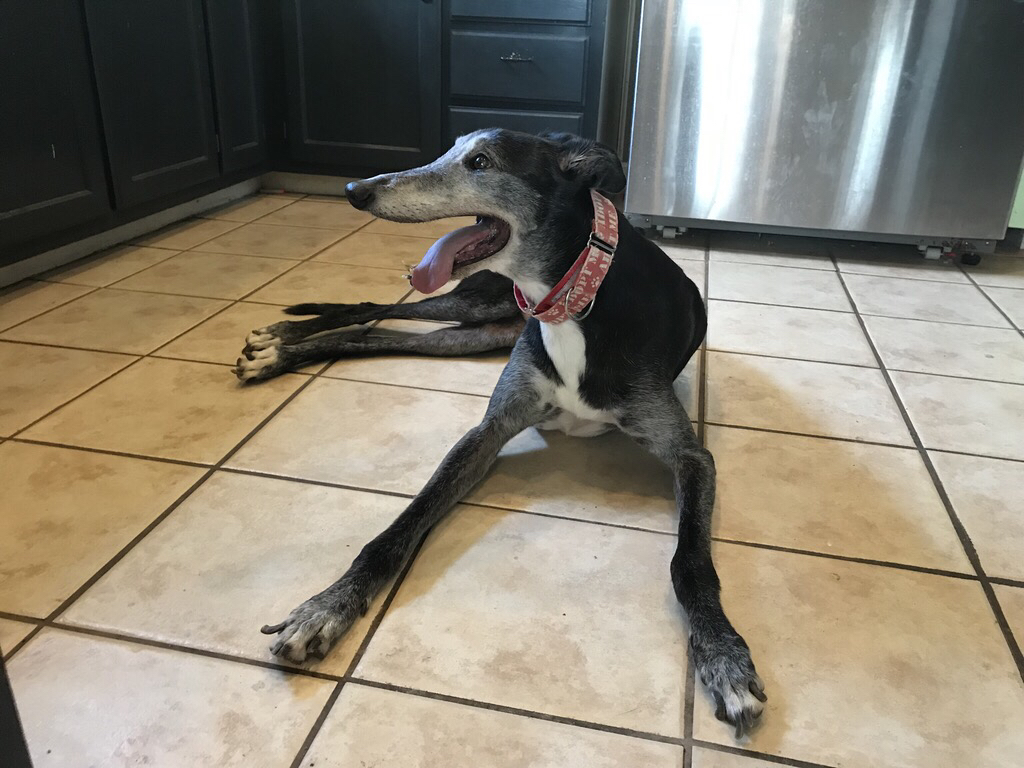 Anoop, aka: Noop Dawg, is as gentle and loving as they come. I would even say a bit fragile. He is easily startled by sudden loud noises and this will sometimes cause walks to be cut short. He won’t go near a basketball being dribbled on the street. He is really good with children and if they get too rambunctious he retreats to the safety of his crate. He also does well with his foster sister, a small calm iggy mix. He has encountered cats and other dogs who weren’t kind to him and his reaction is to run away and avoid their general area. He loves to be loved on and will often follow you around the house just to be near you. He doesn’t get on the couch (even though he is welcome to), he doesn’t chew on things, he has never gotten into the trash, and he hardly makes any noise. He does get playful once in a while and when given the opportunity, he still loves to run. He LOVES his bed. The only time he asserted himself with his foster sister was when she tried to sit on his bid. He only has one tooth but no need to worry about any special diet, he can eat small dry kibble just fine. Because of his lack of teeth, his tongue is often adorably hanging out of his mouth. He would do well in any home with non aggressive, calm pets and children who are old enough to understand proper care and kindness for animals.