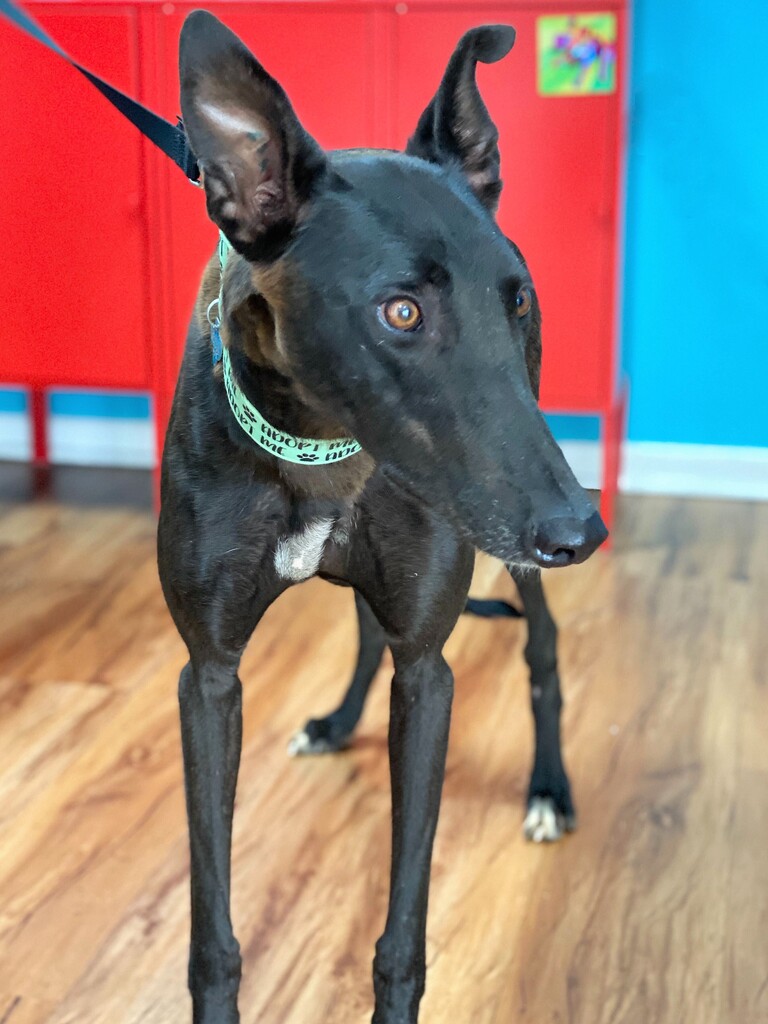 Blackberry is small and sweet. His foster mom says BB is adorable and very well behaved. He enjoys his evening zoomies in the backyard. He doesn’t really play with any toys except sticks outside, maybe he is just a simple things kind of guy 😂. On a recent long car trip to visit family, he was good on the road and then good when left alone just as he is at home.

In a previous foster placement, Blackberry barked at the resident cats. While not showing any aggressive moves, the barking was unsettling to the cats, so he was moved. BB is house-trained and stays in a crate when his family is away. BB walks well on a leash, though occasionally still freezes at “city” noises. He has no racing record, though he is tattoed. He was considered too small for a racer and released directly to retirement.

BB loves to give kisses 😘