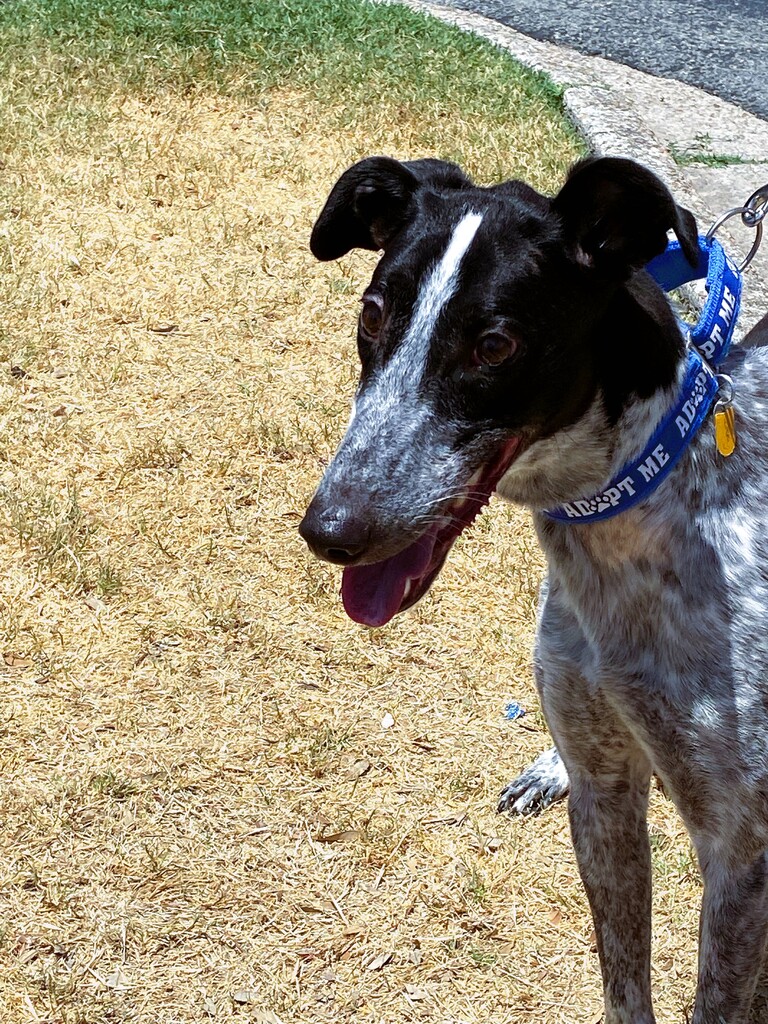 Comet is a lurcher, meaning a greyhound crossed with a non-sighthound breed. He has more energy than your average lazy greyhound, but he loves attention from his humans and will bond strongly. He lives with other greyhounds and a bossy, smaller mixed breed. He entices the greyhounds to run, and respectfully steers clear of the little bossy one. He is working on his leash manners and impulse control when a squirrel or cat crosses his path. Comet has couch potato potential as he is one of a few dogs who enjoys watching TV!