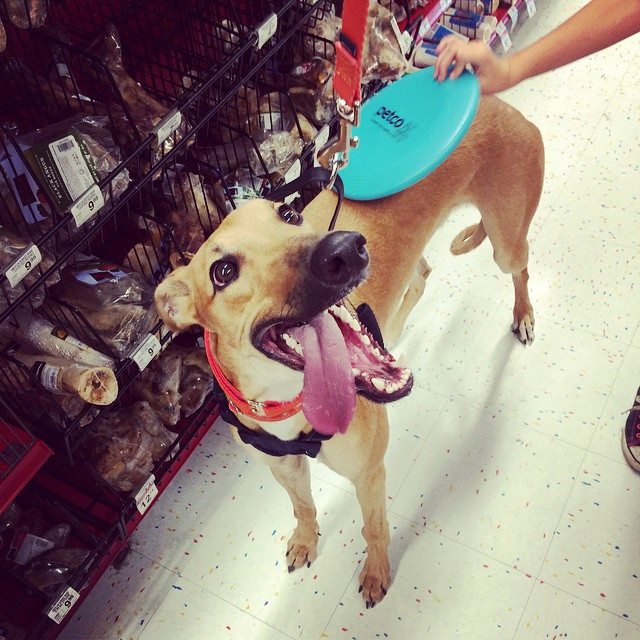 Zander is a big goofy boy looking for a home to call his own. Due to a head injury he received as a puppy he is a little uncoordinated and has some trouble turning left which adds to his goofiness. This doesn’t slow him down one bit. He loves to play and if the other greyhounds in the house are not in the mood he will entertain himself! He loves to toss around stuffies and is particularly fond of big squeaky tennis balls. Surprisingly he is not one to tear up toys, he just likes to toss them around and squeak them.

Zander stays in the crate during the day while we are at work and has only had one accident in the house. He gets along well with other greyhounds and loves to play! He does well on walks despite his coordination issues. He has puppy energy but it doesn’t take too long to tire him out. After a good play session he enjoys lounging about with the two resident greyhounds.